We are in Ontario, Oregon, on day 16 of our trip. After driving up the Oregon coast from Eureka, California, we stopped at Rockaway beach, Oregon, for two days with Sarah and her family, and then turned inland to Newberg for several days at Sarah and Clint’s home. We picked blueberries, walked in the woods, and played with Kai, our new grandson, born September 2012.

On Saturday, we enjoyed the Newberg old-fashioned parade. On Sunday, we worshiped with the Newberg Friends. On Monday, Evan surprised us with a speedy trip up from Phoenix. We played several family games. These always delight and/or disappoint, depending upon the outcome!

On Tuesday, we set off from Newberg on our way to Jeremy’s home in Pocatello, Idaho, and then back to Salt Lake City for the flight home. We visited Multnomah Falls (impressive), the Pendleton Wool Factory (very interesting), Farewell Bend State Park (nice, but in a ghost town), and the Oregon Trail Interpretive Center, up in the bald mountains of eastern Oregon. It visually and audibly described the sacrifice and challenges of the people who traveled the Oregon Trail west in the 1800’s. We passed an immense cement factory and reached 100 degrees on the car thermometer. 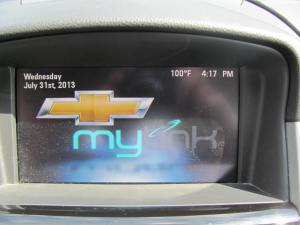 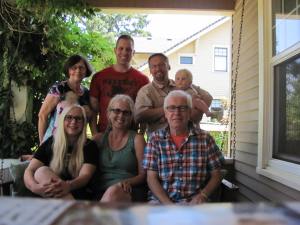 Some of the family

This entry was posted in Adventures and tagged oregon, oregon trail, pendlelton, wool. Bookmark the permalink.